The Saguaro Theater in Wickenburg was built in 1948 and has been the only movie theater in town. All these years it was primarily a First Run Movie house but now, the current owners are changing that.

With Wickenburg known as the ‘Team Roping Capital of the World’, it seems only fitting that its’ hometown theater begins to reflect the ‘Wild West’ heritage that continues here today. So, instead of only showing First Run films we will be alternating with Classic Westerns, giving both equal screen time. Yes, we will be showing all your favorite John Wayne movies over time but also the vast quantity of other quality Westerns that aren’t as well known.

Lots to choose from… so our intent each week is to always have a Western playing at the Saguaro. Whether it is a major studio film at 7 pm or a ‘B’ western matinee or early show you can count on us for weekly Westerns.

We will not forget the other classic genres, from the Sci-Fi’s of the ’50s, film noir and detective, murder mysteries, intense drama or even comedy & romance. If they have good stories, are well-acted and produced, if they are enduring, quality classics, we will play them.

So, with our new, super comfortable seats, updated air conditioning system, brand new, super-bright laser projector, real butter on the popcorn and many other improvements, we look forward to welcoming you soon to the ‘new’, classic Saguaro Theater. 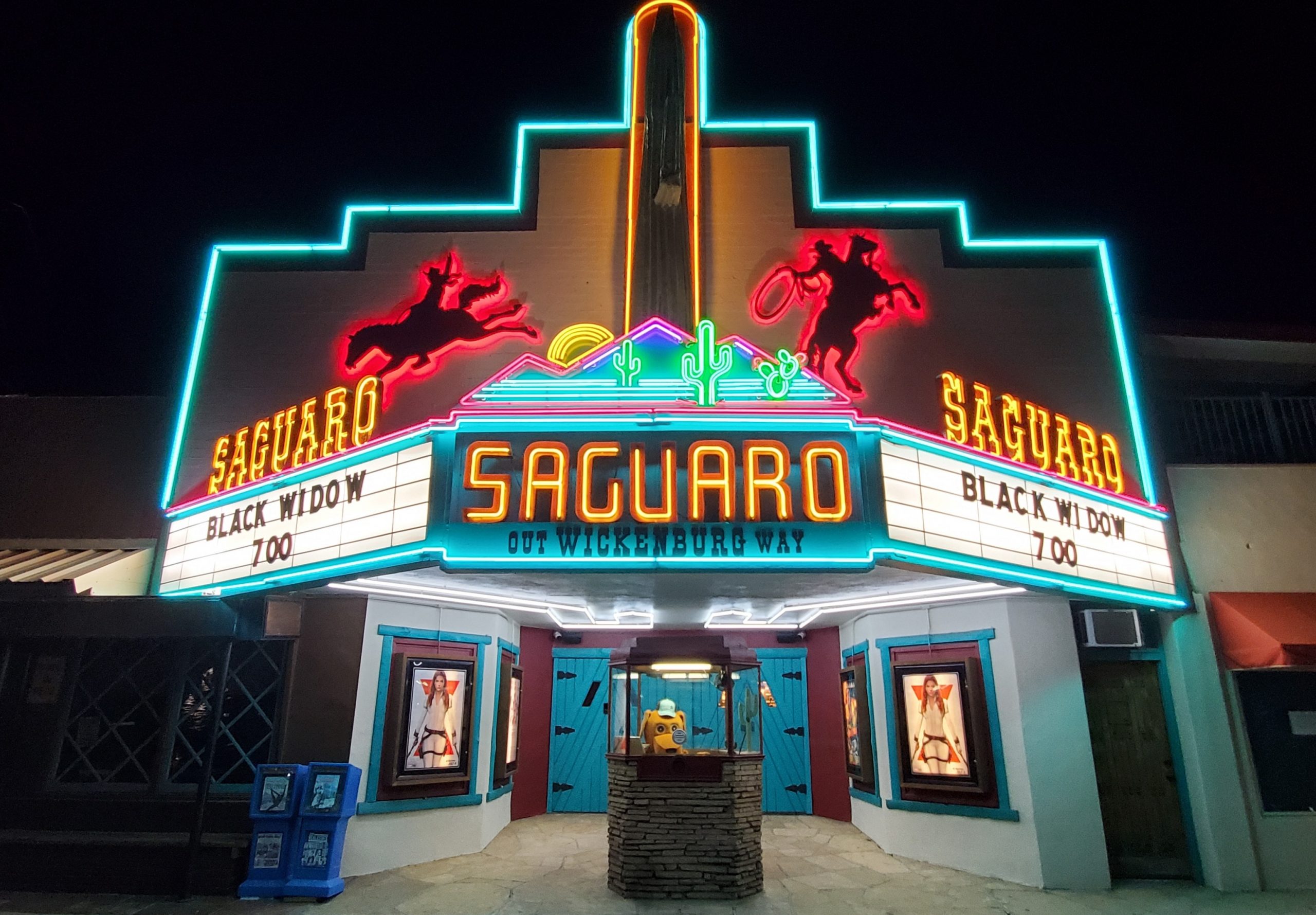